We’ve all lost our way! It was 1992 and I was heading to Japan to finalise my visa to work in the Seventh-day Adventist language school in South Korea, as one of the new staff joining the language school. I distinctly remember looking out the window of the airplane at the vast city of Tokyo—I was truly in awe of its size.

As I got through customs and headed out into the city, I had my instructions in hand at all times—how to get to the office of the church’s Japanese headquarter in Yokohama. Even though I had these instructions and phone numbers to call in an emergency, I still felt overwhelmed. The hustle and bustle of many crowds of people, the noise and movement of the city, and the “culture shock” all cumulatively impacted me. While the smiling faces of the Japanese people seemed welcoming, the need to get to my destination was urging me onward. Yet my movements were uncertain and I felt confused as I tried to follow the directions given to me.

Eventually, even after carefully following the directions, I knew I was lost. It was a sinking feeling, a feeling of emptiness. I asked around for help but no-one could speak English. People just smiled and moved on. I walked around for at least two hours with this lost feeling.

Why didn’t I phone for help? I’m sure it was my pride!

Later in the day, I came across some school girls. I approached them for help and fortunately they could speak English. In no time, I was back on my way to Yokohama, grateful for the girls’ help.

The writers of Scripture used the word “way” to describe God’s actions in the Old Testament, especially in Exodus and Isaiah. This notion of “way”—hodos in Greek—becomes an innovative literary construct used by the New Testament writers. It is used 108 times in the New Testament to articulate the implications of the life, death, resurrection, high priestly ministry and return of Jesus Christ.1 With a wide-angle lens, the New Testament writers understood the death and resurrection of Jesus as a New Exodus from the penalty and power of sin, the defeat of Satan and the ensnaring power of death (see Luke 9:31). When we take a narrow-angle lens to examine the notion of New Exodus, it often appears as the “way”—especially in the gospels, Acts and the book of Revelation (see Matthew 22:16; Mark 8:27; Acts 9:2; 18:25; 19:9; 22:4; 24:14, 22; Revelation 16:12).

The New Testament writers draw the term “way” especially from Isaiah 40-55. As it is used in Isaiah, the concept refers broadly to the New Exodus. According to David Galleta, “The New Exodus refers to the fulfilment of those unfulfilled promises in the Prophets concerning the Babylonian exodus. These prophecies are typologically linked to the original exodus from Egypt and are spiritually fulfilled in the death, resurrection and return of Jesus the Messiah.”2

This book aims to explore how the term “way” emerges in literary, Christological and relational terms, and for what it can teach us about God (theology), studying the Bible (hermeneutics), mission (missiology), the end-time (eschatology) and the church (ecclesiology). This discussion will culminate in a “theology of the way” and explore how the “new creation” theme, an aspect of the New Exodus, emerges in Galatians and Corinthians. While this book is indebted to many scholars who have written about the notion of “way” and the “new exodus” theme in the New Testament, it takes an integrated approach by studying how the theme emerges across a range of New Testament books and, in this way, makes a unique contribution.3

Martin Hengel suggests that the notion of Jesus “on the way” is not “literary decoration” but rather “the most important words and actions are performed” on this way.4 He suggests that Christianity is not a creed or theory about Jesus Christ, but rather that it is at its core a “way” of life. That “way” of life was meant to impact and transform the existence and experience of the early Christians. While these comments are helpful, this project will seek to deepen this traditional perspective.

It’s about Jesus
The notion of “way” only has meaning because of the Christ-event—the life, death, resurrection, high-priestly ministry and return of Jesus Christ.5 The death and resurrection of Jesus is so central to early Christianity that Martin Kähler can suggest that the gospels are “passion narratives with extended introductions.”6 The Christ-event profoundly impacted the world view and thinking of the early Christians and influenced their understanding of their Scriptures in new and profound ways.

The gospel writers engage the Old Testament stories of God’s involvement in the life and experience of His people to draw their picture of Jesus in the first-century Mediterranean world. It is a masterful picture, metaphorically speaking, with rich yet subtle density that draws ideas and concepts from the vast Old Testament library. Richard Hays maintains that the Old Testament is the “generative milieu for the gospels, the original environment in which the first Christian traditions were conceived, formed and nurtured.”7

There is broad understanding that the New Testament writers quote or allude to a range of Old Testament texts and passages to explore the implications of the death and resurrection of Jesus. This book will specifically focus on the Old Testament backgrounds of Isaiah and, to a lesser extent, Exodus. For example, in relation to Isaiah 53, James Dunn says that Isaiah 53 provided the first generation Christians with an important Scriptural means of understanding the death of Jesus, and the fact that the reference is a formulaic allusion rather than a carefully argued scriptural proof . . . strongly suggests that the use of Isaiah 53 was widespread in earliest Christian apologetic and exercised a major influence on earliest Christian thought.8

Examining how the New Testament writers engage with Exodus and Isaiah, and how early Christian hearers would have understood the use of these books in their new literary context, serves to enhance the deftness of the evangelists’ literary craft. The New Testament writers were convinced that just as God was actively involved in the past, so He had been actively at work among His people in and through Jesus, the Messiah.

Avondale Seminary Head Dr Kayle de Waal’s new book Hearing the Way shows how the story of the Exodus is key to our understanding of Jesus, the early church and the New Testament, and for what it means to follow Jesus today. According to Dr Jiří Moskala, Dean of the Seventh-day Adventist Theological Seminary at Andrews University, Kayle “makes a persuasive case for the importance of understanding the motif of the ‘way’ in the New Testament on the basis of strong connections with the Old Testament, urging Jesus as the final, superior, and climactic Way to be admired and followed.” 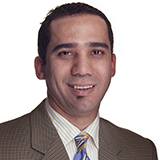 Dr Kayle de Waal is Avondale Seminary Head and Senior Lecturer in New Testament at Avondale College of Higher Education. His doctoral studies focused on the Book of Revelation. Originally from South Africa, Kayle worked as a missionary teacher, minister and evangelist in South Korea, New Zealand and Australia. He is married to Charmaine and they have two children, Kerryn and Chare.