October 1 marks 134 years since the laying of the foundation stone for Bethel Hall, the earliest permanent structure on Avondale’s Lake Macquarie campus. But did you know the original design included a hydrotherapy treatment room and that construction of the building finished before the land title deeds where legally owned?

The Wessels family, benefactors from South Africa, visited the then Brettville Estate in 1894, accompanied by William Sisley, a Seventh-day Adventist architect. Sisley produced three plans for buildings for the Avondale School for Christian Workers. “One was for a U-shaped girls’ dormitory incorporating a hydrotherapy treatment room.”1 The grand plan in this rural setting would include a three-storey building at the front with a single-storey kitchen and dining room wing at the back. Another two-storied wing at the back would provide more accommodation. Sisley named the complex Bethel Hall.

However, the Avondale pioneers faced large financial constraints and Sisley’s blueprints were modified. The hydrotherapy treatment rooms were scrapped and school planners decided to construct the two-storey back wing of Bethel first. It was only this wing that was eventually given the name Bethel Hall.2

“Precious cash resources were slowly eroded on legal battles. And the title-deed was still nowhere in sight.”3 Yet the risk and faith to progress continued. The matriarch of the Wessels family provided a large loan to support the construction of the buildings despite questions about the legal ownership of the land. Under much pressure and limited time, Metcalfe Hare, a New Zealander who was first to live on the estate and served as overseer of development, met with volunteer community help to meet the opening deadline of April 27, 1897.

On Thursday, October 1, a brief ceremony took place at the building site. The low-key opening came with no ground-breaking ceremony and fanfare. The pioneers “did not want lawyers visiting.”4 Late that afternoon, Hare, new principal Herbert Lacey and Ellen White made brief speeches, with White setting a foundation brick in place and offering a dedication prayer. “It was fitting she should be given the honour. She was the chief protagonist for the school.”5 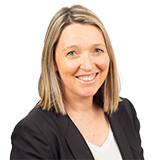