Released during the confines of the COVID-19 pandemic, The Promise’s latest album It Is Well is diverse yet cohesive, with tracks ranging from the lively (“We Are Marching Over to Jerusalem”) to reflective (“A Quiet Place”), songs drawn from across the centuries, and vocal solos highlighting several different voices.

Unusually, the album contains two versions of the title song. Nestled in the centre of the track list is Naomi Crellin’s intricate arrangement of “It Is Well,” which has a markedly different sound from Andrew Legg’s soulful version in the penultimate place. However, the standout song is the ethereally beautiful “I Will Lay Me Down In Peace.”

In a sign of the vocal ensemble’s maturity, the majority of the tracks on the album are arranged by the artists themselves. These in-house arrangements particularly suit the style of The Promise. Of note is the final piece, “Doxology,” given fresh life by alumnus Oliver Doyle. I hope this trend of Avondale-arranged songs continues in future releases.

It Is Well has a rich, live sound and is a fitting tribute to the concerts we did not get to hear this past year.

Hear the album for yourself. It Is Well is available through digital music stores, including Apple’s iTunes Store and Spotify. 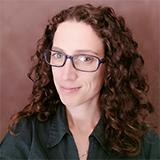 Clansi Rogers is a musician and an alumna of Avondale University College who has reviewed each of The Promise’s six albums.

It Is Well a promise of hope